This morning when Jensen Indiana opened the door to let Dadda and his furbrothers the huskies in from their walk, he spotted something in the air that was more exciting than usual…. SNOW (Or ts’no as Jensen will tell you)!  Last year he experienced the rarest thing in Hampshire, England ~ a white Christmas.  It was his first Christmas and we were tickled pink.  How much more special can you get than snow AND Father Christmas on your first one ever?  We don’t often get snow being on the South Coast of England but last year it was brilliant.  Although, Jensen didn’t seem to think it was that wonderful when he was stood in it by himself…

Of course, Jensen wasn’t the only one (besides Dadda of course) who was having fun in the sparkly powder!

We tried to make a little snowman but the snow wasn’t the “good stuff” as we used to call it when we were little ~ not the sticky, building snow but the light, powdery icy kind.  So Mr. Snowman was small.  But he was perfectly formed 😉

Mamma even wrote Jensen’s initials in mini marshmallows.  Why?  I don’t know.  I think I have issues.

So this year, someone is a bigger boy and much more excited to see the fluttery flakes making their way down from the sky.  Even if there aren’t very many of them. For now.

Some of the sneaky snow landed on our noses! 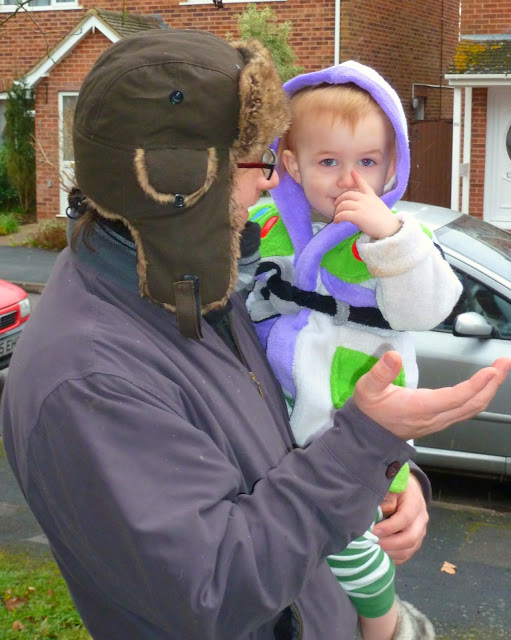 …and some of it managed to jump onto Dadda’s coat! 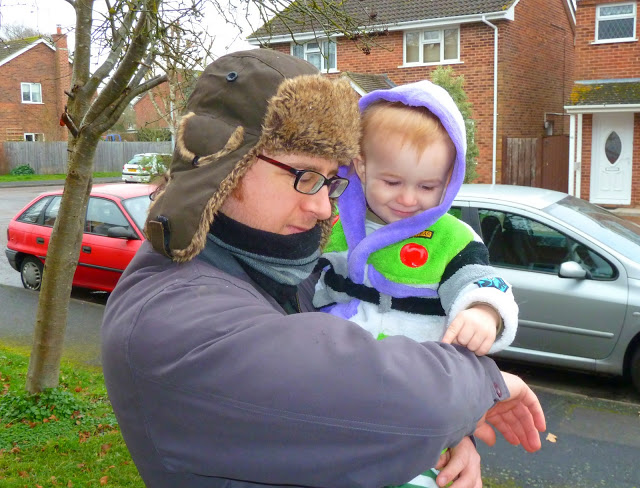 Someone was entranced by the little flakes this year, even though it was so cold in his pyjamas for the few minutes he was out there. 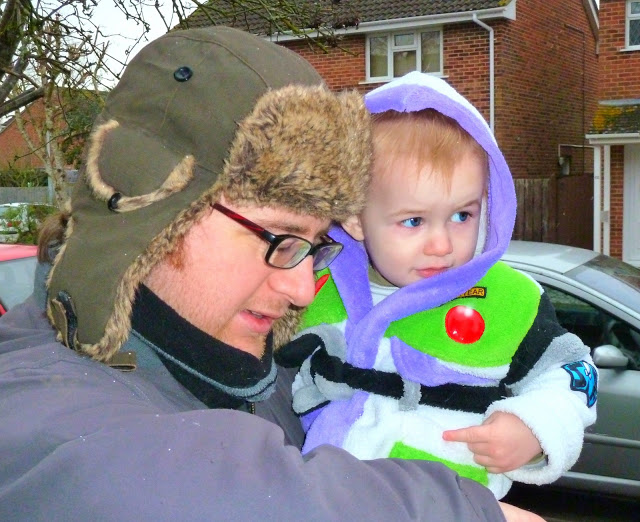